ST. CLOUD -- Officials have confirmed that a lightning strike was the most probable cause for the fire that destroyed the Roosevelt School on Saturday.

Data was obtained from Weather Fusion, LLC that documented a significant cloud to ground event in the location of Roosevelt School. Eyewitness statements were consistent with that claim.

The St. Cloud Fire department was notified by an automatic fire alarm at 11:30 pm and were on scene by 11:35 pm. Fire Department crews noticed smoke coming from the west edge of the roof of the original structure.

The interior crews were pulled out of the school once a portion of the Northwest roof had collapsed. Heavy equipment was called in to demolish the building and put out hot spots.

Officials say the fire started in the attic area of the building's northwest corner. 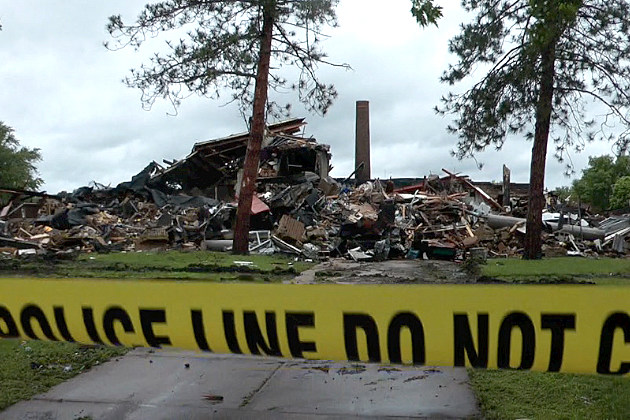