SARTELL -- Construction along Pinecone Road has been planned into several phases over the next three years, which includes three roundabouts as early as spring.

During tonight's (Monday) council meeting a recommendation was presented by city staff as to how to best approach the Pinecone Road reconstruction.

Phase one would see the intersections of 2nd Street South, Heritage Drive and Scout Drive be turned into roundabouts and have Pinecone Road from 2nd Street South to just shy of 7th Street north be resurfaced.

In 2016 the city would see reconstruction on Pinecone Road from 7th Street North to 15th Street North, Highway 15 and County Road 1 improvements (which would be done by MnDot) and several Stearns County road improvement projects.

No action was taken at this time but the council did like the potential construction project.

City staff will now start looking at design plans and begin to collect bids for the different phases to be brought back to the council for a vote as early as April.

See a map of the potential detour routes once construction begins! 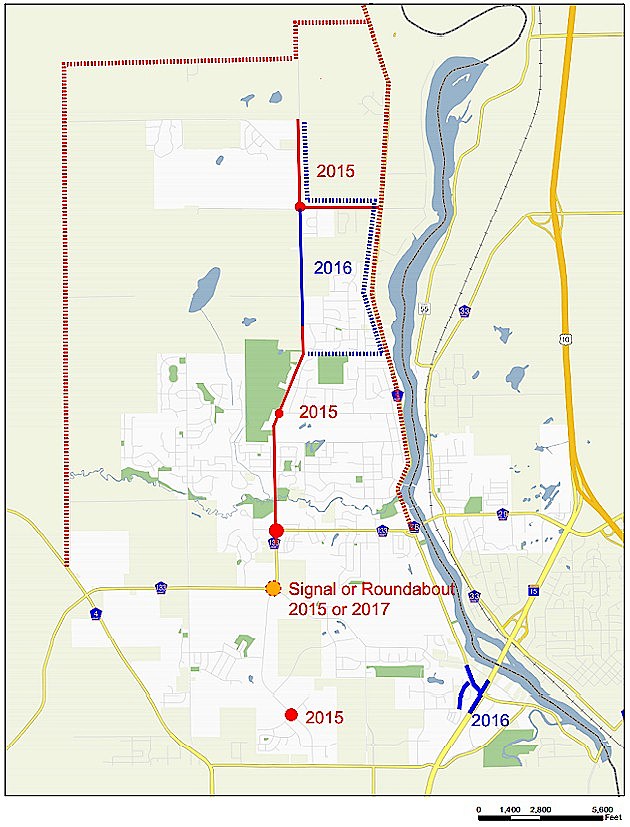